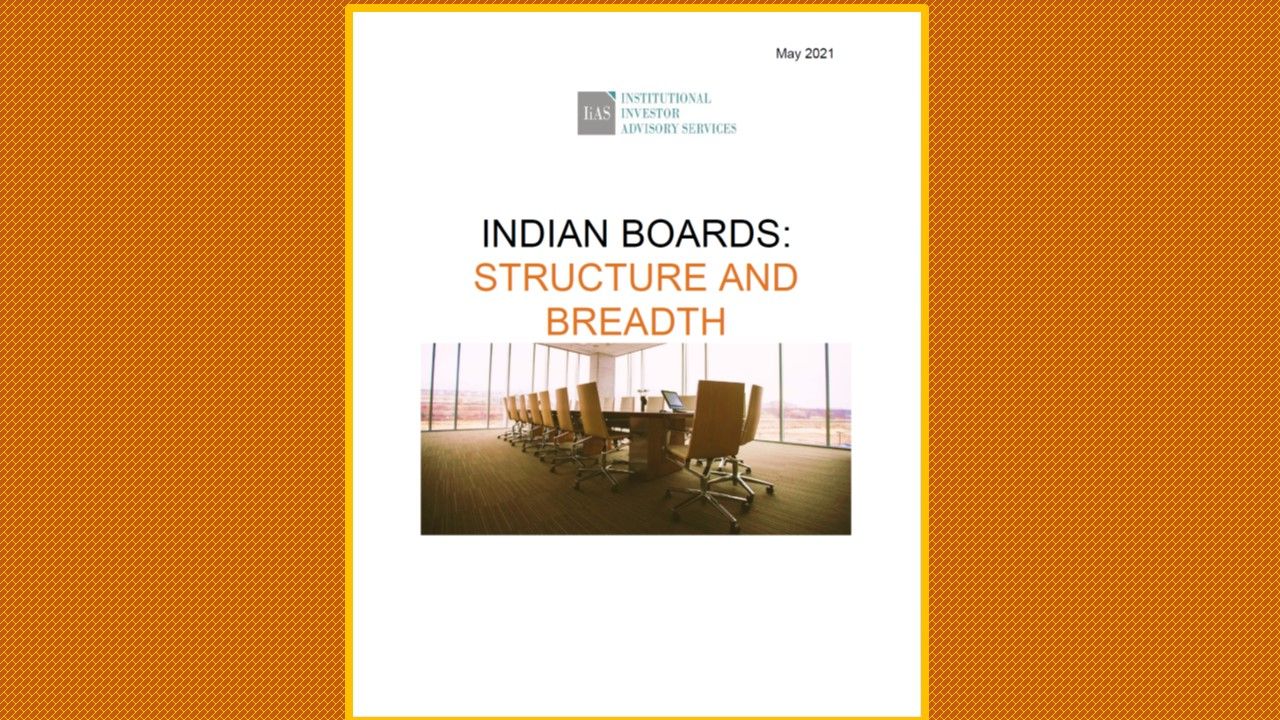 13 May 2021: It its recent report ‘Indian Boards: Structure and Breadth’, IiAS has evaluated the board composition of NIFTY 500 companies as on 31 December 2020.

These 500 companies account for ~96% of the total market capitalization of the NSE.

The key findings are:

SEPARATION OF CHAIRMAN AND MANAGING DIRECTOR

Commenting on the findings, Amit Tandon, Managing Director, IIAS, said, “Board composition is difficult to change; independent directors now have a tenure of five years, and most get re-appointed for a further five-year term. Further, regulations ‘grandfathered’ independent director tenure till 2014, suggesting that the pace of change will be slow. However, the companies need to work towards instituting balanced and more efficient boards with greater clarity on the role, skill mix and more effective checks and balances.”

Hetal Dalal, President, IIAS, said “The regulators continue to do their part and tighten regulations for incorporating sound corporate governance practices. But ultimately effective governance rests with the board who determine its composition and structure.”

“One can argue that some of the directorship gaps cited in this study may be transitory: companies have six months to comply. But rather than look at this as point-in-time data, which it is, we need to put greater focus on the trends.” Hetal Dalal added.